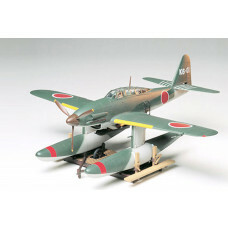 Aichi M6A1 Seiran During the Pacific War, several of the Imperial Japanese Navy's submarines were equipped with a catapult and floatplanes to conduct surprise air attacks. The Aichi M6A1 Seiran was designed specifically for a mission to conduct an attack on the Panama canal, but it never had a chance to prove its worth due to Japan's surrender. The well-balanced form of the aircraft, including engine cowling and slim floats, has been realistically reproduced in this 1/48 scale model kit. The cockpit interior features details such as the instrument panel and rear-firing 13mm machine gun. Parts for a trolley, ladder, and 2 pilot figures are also included.  Length 221mm 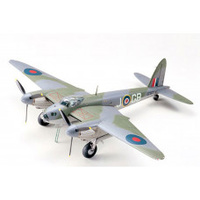 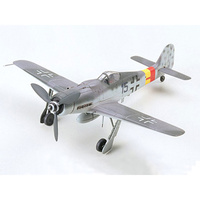